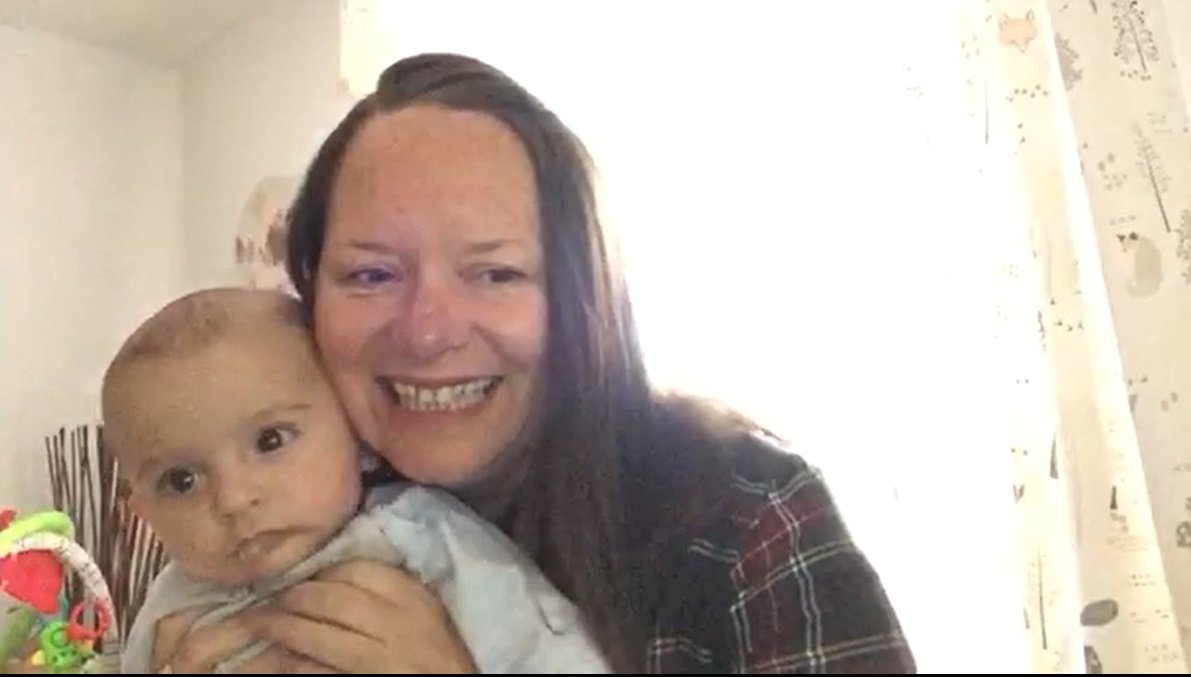 After two pregnancy attempts with her own eggs, Cheryl understood that it was unlikely to have offspring that way. For her and her partner, it was hard to digest but they were not willing to give up their dream of raising a family. It was her doctor who encouraged them to visit Clinica Tambre and explore their possibilities.

Her experience with Clínica Tambre

Cheryl says that since the first time she and her boyfriend were at Clinica Tambre they felt at home, the medical team explained them all the options they had, resolved all the doubts they had so far and gave them all the time they needed. “We were extremely impressed on how they received us,” says the interviewee.

This couple, formed by an Englishman and a Spaniard, were informed in detail in both languages and were presented with the egg donation solution. As normal, future parents have doubts or fears about the fertility treatment they are going to undergo. In this case, Cheryl was worried that her baby would not have her genes and, therefore, the Anglo-Spanish mixture. However, with the explanations and support of the medical and psychological team, they understood that the most important is the care and love these children receive during their growth. As she says with conviction: “Genes are not what make a child happy.”

“It was when we needed most help that we received the most support.”

In this way, the couple began their journey towards fatherhood; a process that, like a roller coaster, had its moments of joy and its complicated situations. Although it sounds very simple, Cheryl emphasizes the importance of having felt like a person throughout the treatment. She has no words to thank the work of Dr. Marbán and Dr. Santiago, who were involved to the maximum and with their understanding and professionalism accompanied them even in the hardest moments. Cheryl affirms that what she had with them was more than a doctor-patient relationship. “It was when we needed the most help that we received the most support,” she says in her testimony.

How does she feel now?

Now, four months after her son, Luca, was born, she couldn’t be happier. She thinks daily about everything she has gone through to get here and thanks the clinic team and the donor for having a family today. “Being a mother is a wonderful experience, a wonderful feeling, even when he cries,” she confesses with laughter looking at her baby.

What this mother advises everyone who wants to start a family is not to wait to start their treatment, because even though it is a long process, it is very worthwhile. For Cheryl, the clinic choice is crucial because she says that what was going to happen there was going to be part of her family and her life.

She advocated choosing not only the one that had a good reputation but the one that dictated her instinct. At Clinica Tambre she felt safe and supported. Finally, the advice that Cheryl wants to share with all those who want to start a family is that they follow their dream, that they don’t give up because even though it gets hard and difficult, in the end it gets done.