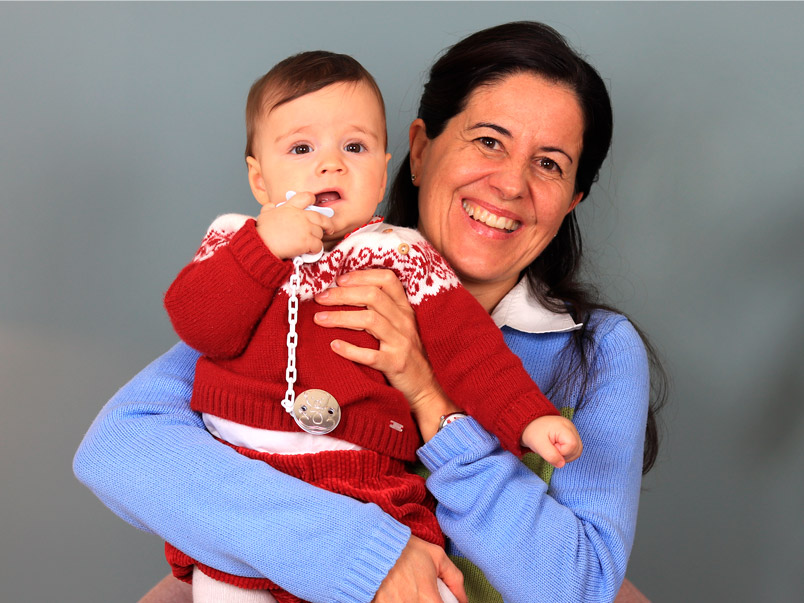 Out of  all the patients who have so far taken the precious decision to share their experience with us at Tambre, we are confident  that María  has known us the longest. She arrived at the centre 11 years ago and although her story has had many twists and turns, the ending could not have been happier.

Without a doubt, María is the living representation of tenacity, struggle and perseverance. No matter how many potholes she has encountered along the way, she always found a way to get back up and keep fighting for the baby she dreamed of.

María first came across our clinic when she and her husband wanted to expand their family, but the vasectomy he had undergone some time ago did not allow it. In La Rioja, where they lived, they did not have very good luck with the centres and professionals they came across until a trusted gynaecologist  told them about Tambre.

The couple began their project at our clinic, but the story took an unexpected turn. “Due to life circumstances, I was left on my own,” explains María. To her credit, Maria displayed extraordinary levels of courage and an unwavering desire to become a mother, even when faced with this prospect alone.

What does María get  from the Tambre team?

In 2019 María once again walked through the doors of our clinic. If there is one thing that summarises how she feels about the clinic,  it is that she has always felt very comfortable because of the support shown by the whole team at Tambre.  The doctor who has been by María’s side throughout the whole process has been Esther Marbán, with whom María says she has built a very special relationship, “she’s a sweetheart,” says our patient. In addition, as she lives outside Madrid, all communication about the treatment was carried out telematically, which María said was undertaken efficiently and effortlessly,  “Many times you have doubts or uncertainties, but Esther  has always been there for me,” she says. 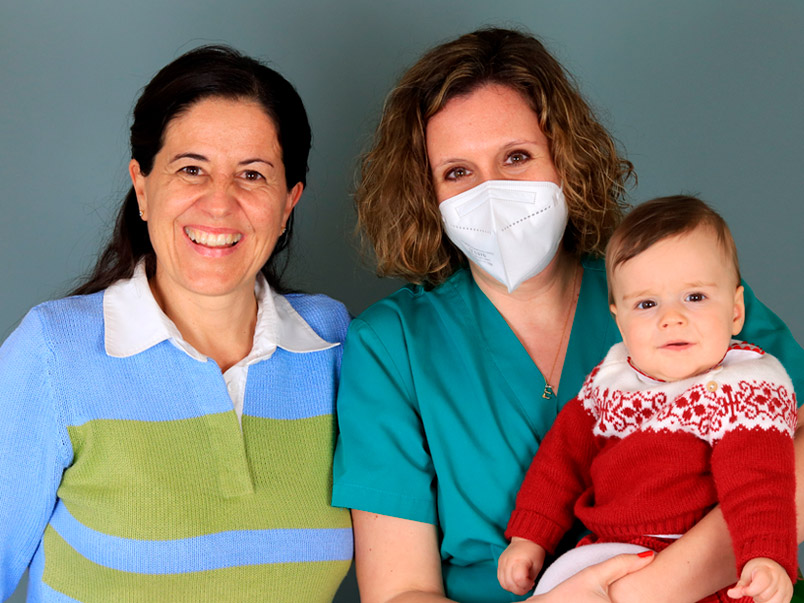 How does she think assisted reproduction treatments can be made more bearable?

When we asked Maria if she wanted to give any advice to other women and couples who had the same longing she had for a baby, her answer could not have been more clear.. “Couples have to be very close and there has to be a lot of communication,” she explains. She believes it is very important to have a fluid dialogue between both partners and to be aware from the very beginning that the roles of a man and a woman are not the same in this kind of treatment.

For all women, though, she also wanted to share something that has helped her a lot throughout her experience, which is to know someone who has gone through the same thing, because that is where true empathy is found. Maria has a friend who we were able to help in Tambre to have two children and she says that with her she has been able to express what she felt at every moment, even those feelings of sadness that sometimes are  not comfortable to talk about.

“It’s been a long wait, but it has paid off”

It is going on two years now since Maria resumed contact with us in order to become a mum. “It’s been a long wait, but it has paid off,” she says. As with most things in life, sometimes the roads are not always easy and facing adversity can be a difficult task. In her testimony, María said that in the middle of the process she lost her partner and that in another of the phases she went through a very painful situation: “I had an abortion and it was very hard. I felt like throwing  in the towel,” confesses our ambassador.

You don’t know how glad we are that you didn’t give up, Maria! We were delighted to meet you and Miguel. As you know, you will always have a second home here. Your story inspires us to continue dedicating ourselves with passion to assisted reproduction.