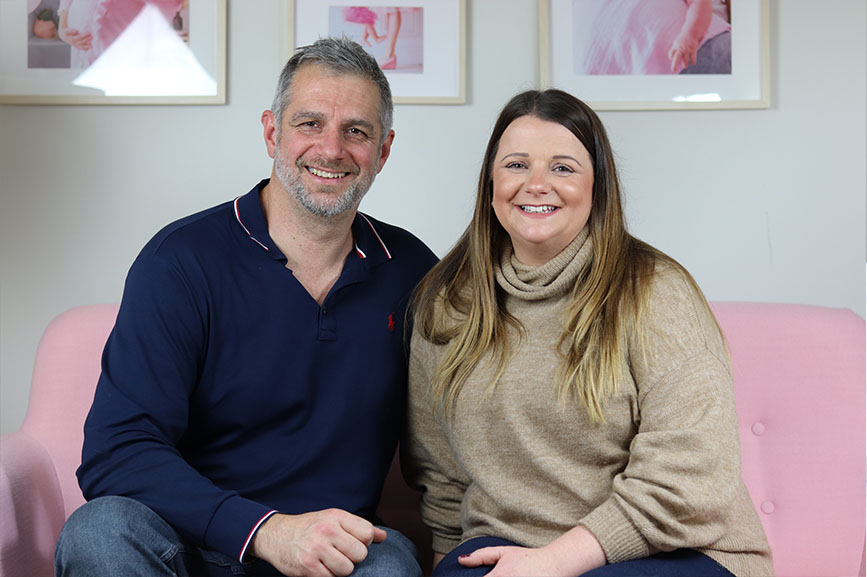 There is an ever-increasing number of British patients who come to our clinic with the aim of fulfilling their dream of having a healthy baby. Such is the case of Kate and Scott, a charming couple with whom we had the pleasure to speak a few weeks ago.

Since they began their relationship, they were convinced that they would become parents after getting married. In 2015, after the wedding, they attempted to create a family in the ’natural way’. “That went on for a little while, but unfortunately, nothing happened,” Scott tells us.

Their beginnings in the world of assisted reproduction

It was then when, through the NHS, they were able to access a form of treatment through which they were able to conceive, but unfortunately, the outcome was not good. The next steps in their fertility journey consisted of searching for options all over the United Kingdom, but they found an obstacle: an age limit. In Spain, for example, legislation dictates that women can undergo assisted reproduction treatments until the age of 50.

They carried out an exhaustive investigation of clinics both in their birth country as well as in other locations, finally deciding to go to a private clinic. They spoke with UK centres and international representatives.

This is how they found us and had a first visit that left them very satisfied. Their doctor, Laura García, who has been guiding them in this path from the first day, they were able to clarify all the doubts that came up. Furthermore, they want to highlight a couple of details that have made them feel very comfortable with us. The first is the fact that Tambre is equipped with an English-speaking team with whom Kate and Scott have communicated perfectly. “Our Spanish is very limited, so it’s useful,” jokes Scott.

Kate says that the questions that arose out of her have been more focused on the tests and on how to organize everything. In those moments, they are grateful to have had Coordinator María Ráez by their side, who responded to them through e-mail instantly. 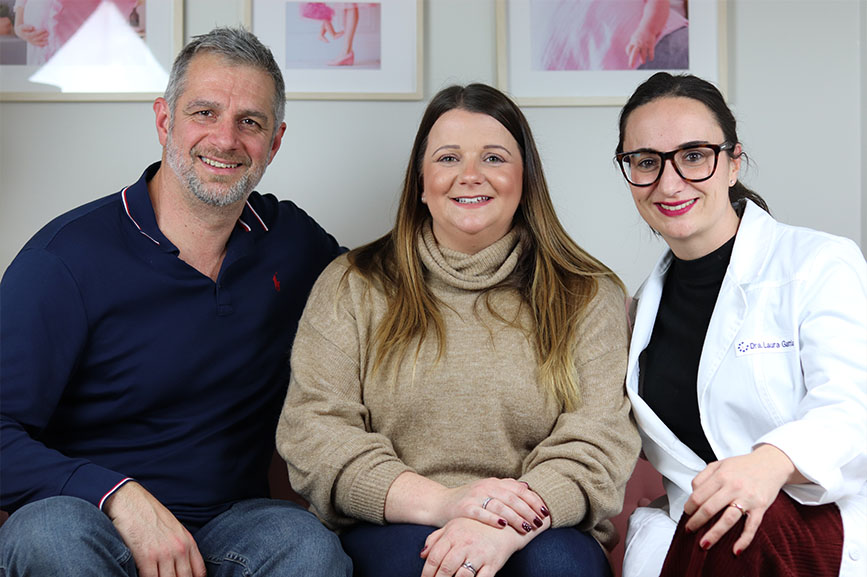 Undergoing treatment abroad: what do you need to know?

From experience, we know that many patients feel fear when it comes to taking the final step to undergo treatment abroad and be assured with the choice of clinic. Because of this, we have asked Kate and Scott how they dealt with it.

“Do your research,” recommends Kate, keeping in mind the treatment, techniques and legislation of every country, as they are not the same. She says that when you find the clinic that might suit you, go meet them in person. If you come away feeling content and not stressing about anything, then it’s the right clinic for you. In their case, staying with us was an instinctive decision. “It just felt right,” says Kate. Scott also adds that coming to Madrid is not complicated and that the city is lovely. “There’s nothing to be afraid of,” he concludes.

At Tambre we try to facilitate our international patients’ experience as much as possible, as we have already explained, opting for fluent communication in their mother tongue. Likewise, we count on collaborating centres in the UK where patients can carry out all the necessary tests without having to come back to Madrid.

In this phase of the treatment, the beginning, Kate feels excited, nervous and a bit apprehensive, as is expected. However, she is happy and calm because she says we have facilitated everything for her: “Everything just feels like it’s really easy to do and quite simple, which it is; it doesn’t need to be difficult,” she argues.