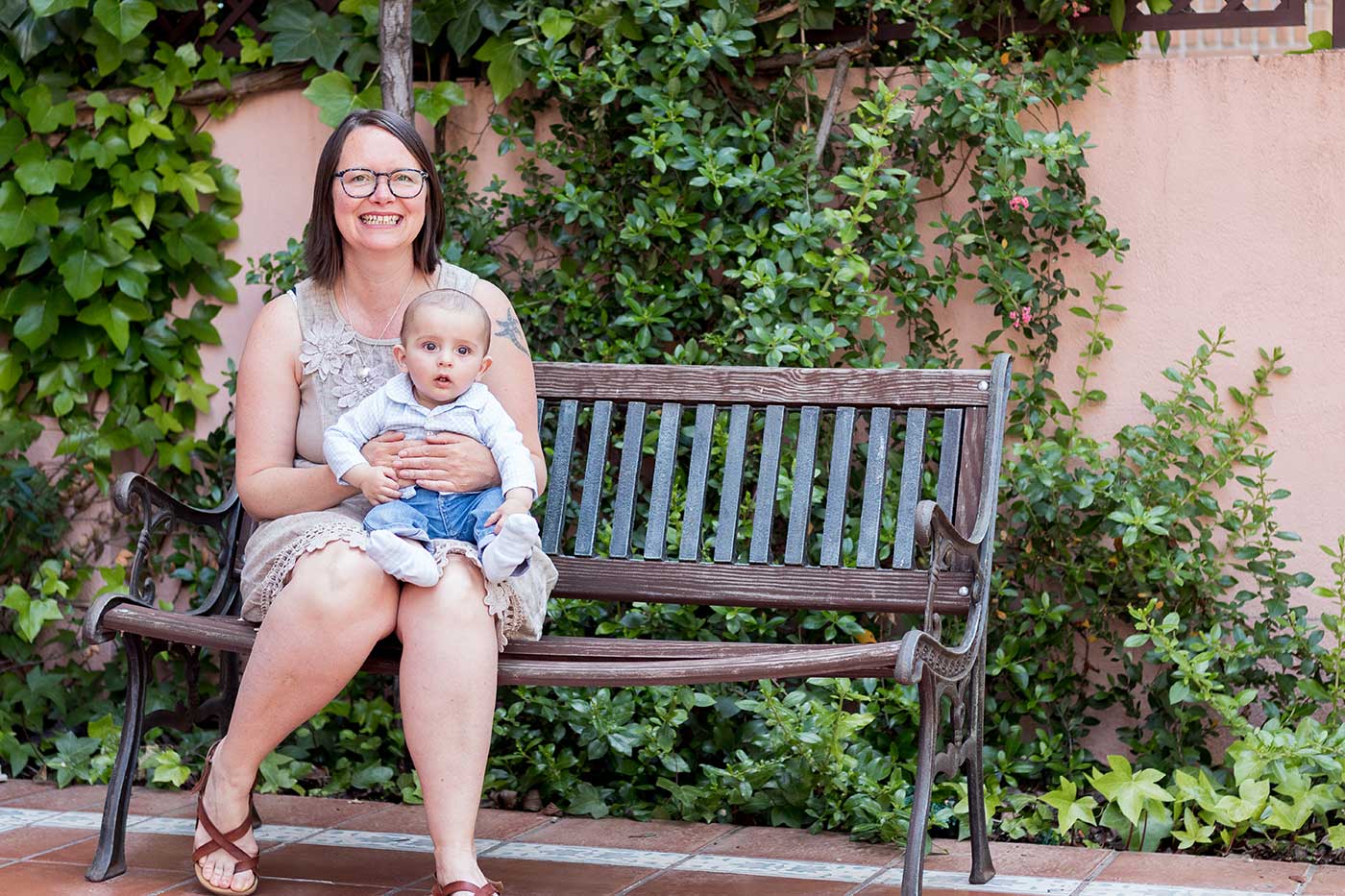 The first time Cheryl passed through the Clinica Tambre doors, she was full of hope and following through with her GP’s recommendation, who had told her that in that centre she could fulfil her dream of becoming a mother.

How did everything begin?

Her story began with a difficult diagnosis, as she was told she suffered from a fallopian tube obstruction, something directly affecting her fertility. After undergoing an operation to remove them, Cheryl and her partner started to explore her possibilities to be able to create a family. Due to her condition, they opted for becoming informed about assisted reproduction treatments.

Once a couple makes the decision to experience a fertility treatment, there are several doubts that arise, the main one being the selection of the clinic in which the entire process will be carried out.

Cheryl, of British origin, and her boyfriend, from Spain, tried in the first place to manage the situation through the Spanish public health system and the NHS in the UK. In none of those places they were given the opportunity to begin a treatment due to their age, so they started to be open to the option to assisting to a clinic specialized in fertility. Cheryl had been living in Spain for seven years and, considering the country her home, the couple decided to finally put their plan in motion there.

Why did they choose Clinica Tambre?

Cheryl explains that when she and her boyfriend got to know Clinica Tambre they felt right at home; the medical team presented them all the options they had, solved all the doubts that had come up until the moment and granted them all the necessary time. “We were extremely impressed with how we were received”, she says. Likewise, all the information that was given to them was both in Spanish and English, thus overthrowing any possible linguistic barrier and facilitating the understanding of something as important as is the creation of a family.

That same day, they had planned to go to three or four more clinics, but as they finished their visit to Tambre, they cancelled the rest of their appointments. They knew as soon as they left the clinic they had found the right one for them.

A complex case with a happy ending

In this way, the couple began their travel to parenthood; an experience that, like a rollercoaster, had its moments of joy and its complicated situations. Although it may sound plain, Cheryl highlights the importance of having felt like a person throughout the entire process.

She has not enough words to thank the work of Dr. Esther Marbán and Dr. Elena Santiago, who were involved to the maximum and who, with their understanding and professionalism, accompanied the couple even in their most difficult moments. Cheryl affirms that what she had with them was more than a doctor-patient relationship, considering them almost as two more members of her family. “It was in the moments where we most needed help that we got the most support”, she says in her testimony. 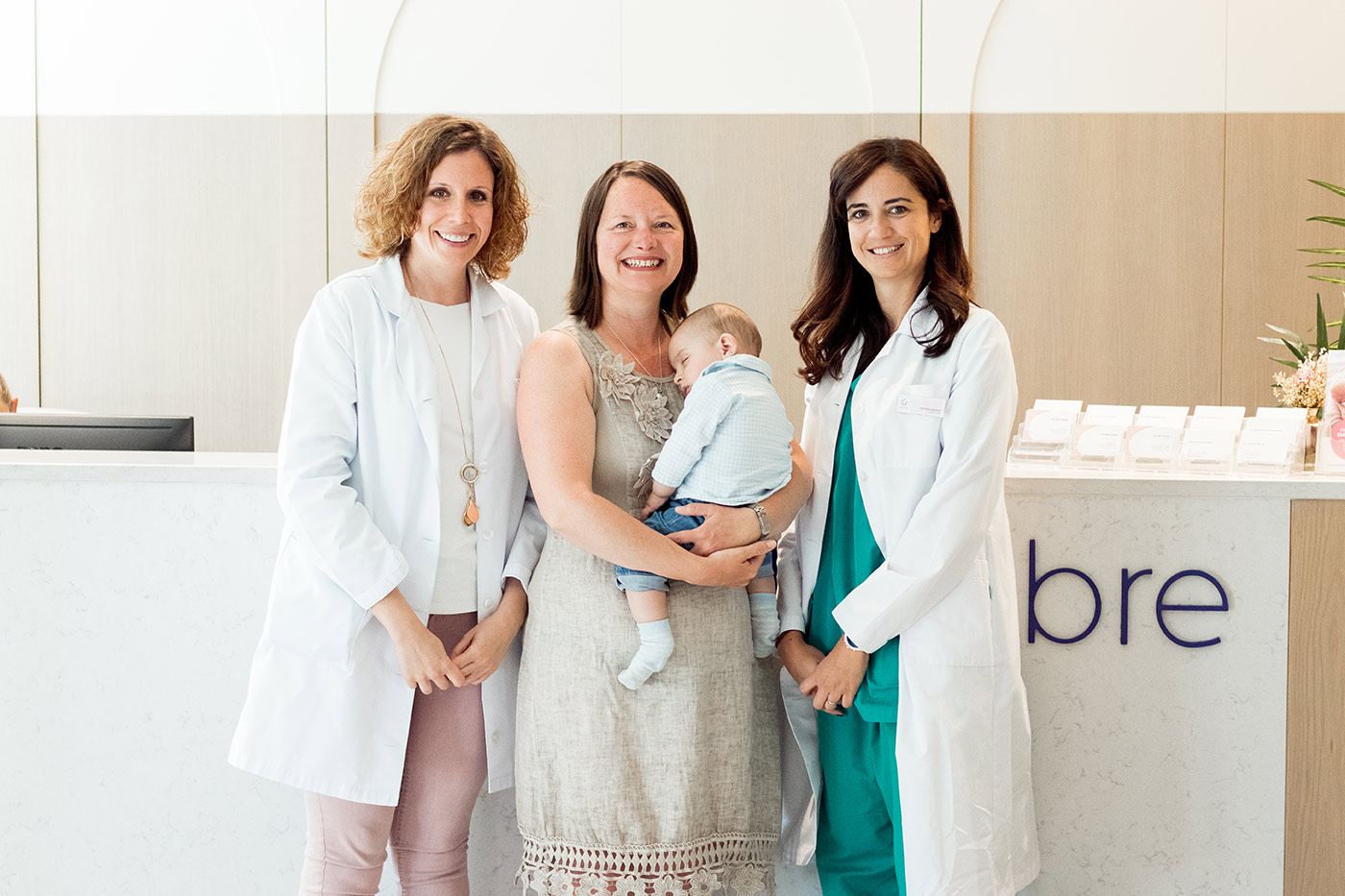 During her first consults in the centre, the medical team studied her case with detail, doing all the necessary tests. Even knowing the complexity of the case, in a first stance there was an attempt to achieve gestation using the patient’s own eggs, but unfortunately this gave no results. It was a difficult reality to digest for her and her partner, but their path did not end there. They were far from ready to give up on their dream to be parents. It was in that moment when their doctors reached the conclusion that the best course of action was to give it another try but, this time, with donor eggs.

As logic dictates, future parents are full of arising doubts or fears about the fertility treatment they will be subjected to. To them, realizing that they had to resort to ovodonation was not an easy feat, especially for Cheryl. She was worried that her baby would not have her genes and therefore, that half-Spanish, half-English origin.

In a situation as delicate as this, patients need to feel comprehended and every good assisted reproduction professional understands the significance of the emotional factor. It is because of this that Clinica Tambre has an indoor Psychology Unit, headed by Dr. Moreno Golmar, who offers support to all patients who need it.

Since every professional is another member in the clinic, he/she knows every case closely and is in constant communication with the rest of the medical team members. Cheryl very much valued that, in Tambre, this assistance was synchronized and included in the treatment. She felt the psychologist was there for her and understood what she was going through.

Having faced all her fears, Cheryl understood that being a mother was most valuable. She came to terms with the fact that everything resides in the care and love that these children receive during their growth. As she says with conviction: “Genes are not what make a child happy.”

Luca’s arrival in their lives

For her, carrying her little one for nine months inside of her was enough and she could not feel more blessed that another woman helped her have her baby. In Spain, the law does not allow for recipient mothers and donors to meet, but Cheryl says that in the utopia of that happening, she would give her the biggest hug on the planet. “She doesn’t know how happy she has made me”, she states excitedly.

This is Luca was born, a precious baby boy of a British mother, Spanish father, and Italian name. For Cheryl, motherhood is something fabulous, a learning curve in which every day she feels lucky to see her son smile. “Being a mother is a marvellous experience, a wonderful feeling, even when he cries!” she confesses between laughs. 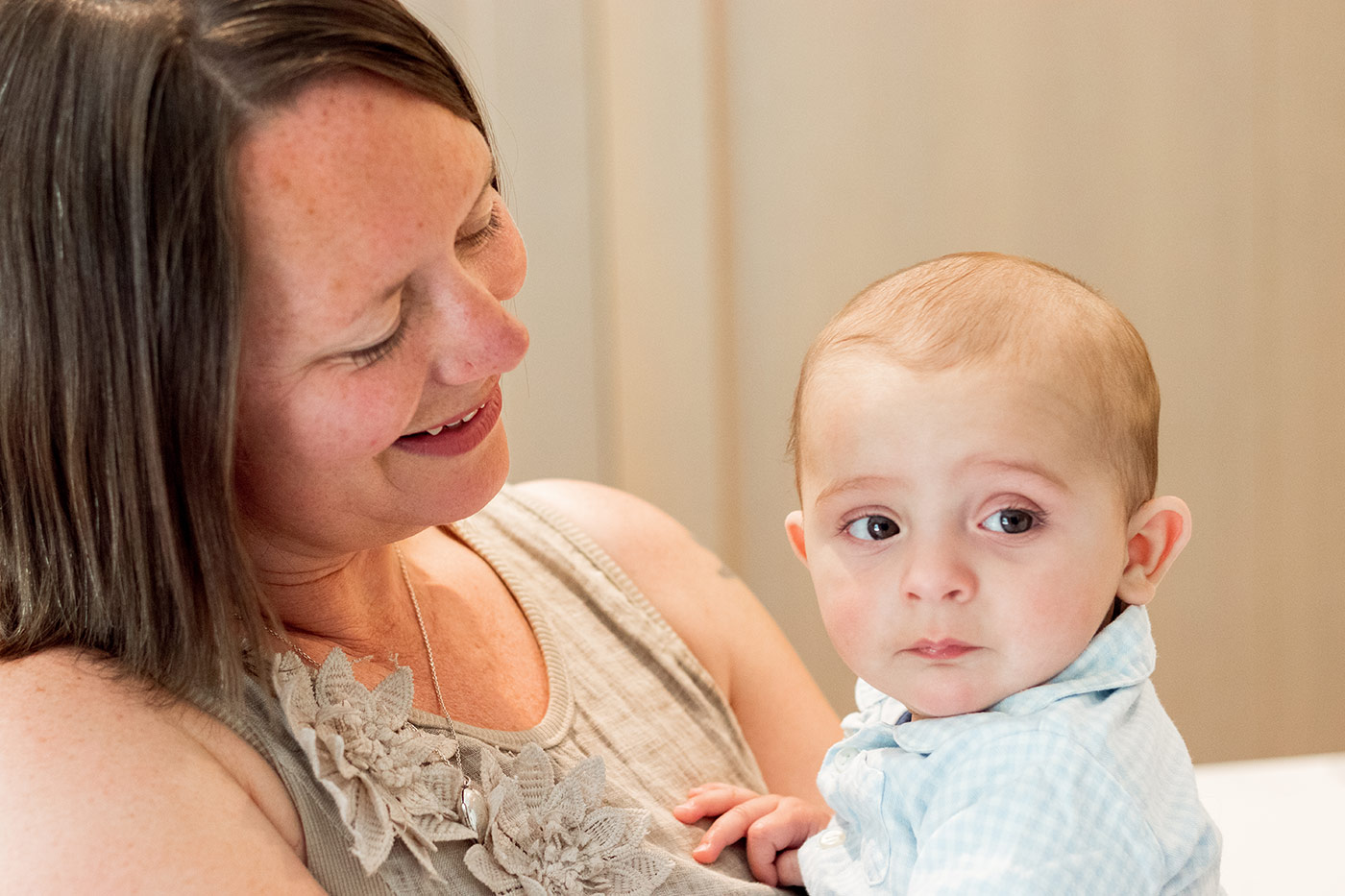 And now, how does Cheryl feel?

Now, when she looks back and sees everything she has had to deal with, Cheryl wants to transmit to all those potential patients not to doubt in starting their treatment, as even though it may be a long process, it is incredibly worth the effort. She also recommends that the clinic they choose, besides having renowned and experience, has to bring you a sense of safety. In fact, Cheryl and her boyfriend are thinking in expanding their family in the near future and would trust Tambre again in doing so.

The last time Cheryl passed through the Clinica Tambre doors was a few days ago, and she did so with her baby in her arms. She met her doctors again and everyone welcomed her back as if time had never passed. She admitted to feeling emotional because inevitably, she saw the entire experience she had lived pass through her eyes once again, and she realized she had fulfilled her dream.