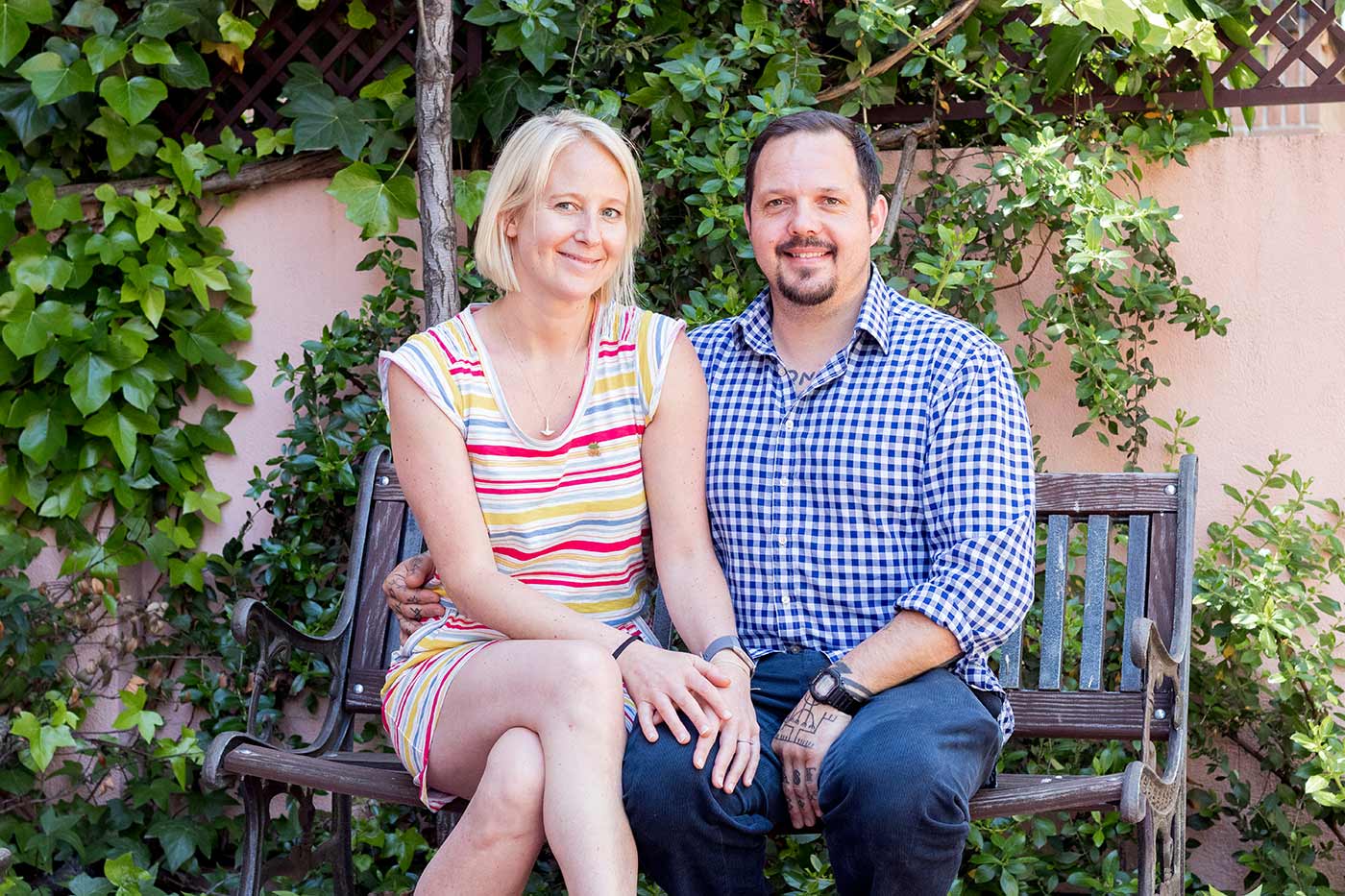 It was four years ago when Catherine and Carl began to think about parenthood. “I think it might be one of the first conversations we had when we got together, that we wanted to be parents”, they explain. They have not had it easy, however, as to this day they continue to fight to be able to form a family.

How did their story unfold?

In England, their country of origin, they underwent two IVF cycles through the NHS, which unfortunately yielded no results. Their doctor at the time explained to them that the most viable option for them was egg donation. Nevertheless, this kind of treatments are not entirely accessible over there. Catherine explains that the British egg donation system enormously differs from the Spanish one. “I would recommend people to definitely look for other options. It’s hard in the UK to get treatment”, she says.

It was then when they started to research egg donation at the international level. This is how they found Clinica Tambre and began their literal and figurative voyage towards the world of assisted reproduction.

While at the beginning they might have been reluctant and somewhat afraid to come to a different country, now they are proud to have done so. They have felt greatly welcomed and very comfortable. “I would definitely recommend coming to Madrid, to come to this clinic. 100%”, Catherine declares. Carl even jokes with staying to live here.

Their experience at Clinica Tambre and with egg donation

The couple is just as happy with the fact that Dr. Esther Marban is leading their case. Even though they have not initiated their treatment yet, it is important that throughout the first visits all doubts that patients may have be settled, especially when said patients are far from their homes, since they need additional support. Carl explains that the more they talked about it, especially after coming to Tambre, the more they understood the process. “The more you know, the more comfortable we are with making decisions”, he argues. Catherine appreciates that we were so quick and accommodating with them. For her, Tambre makes everything easier. 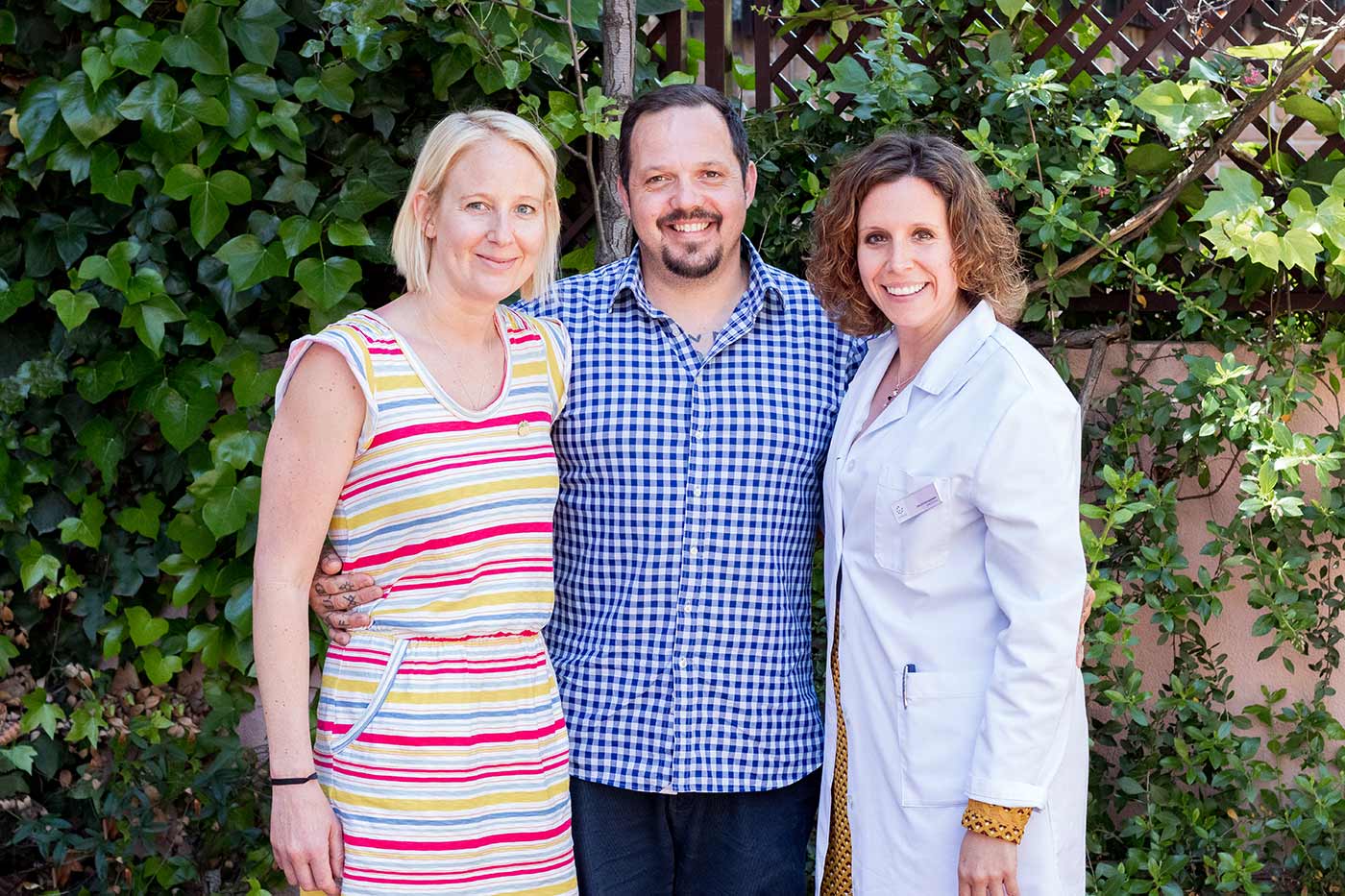 Catherine and Carl’s path has been a continuous adaptation. First, they had to digest the fact that in order to have a baby they were going to need a bit of “magic”, as Carl puts it. Then, they had to understand how in vitro fertilization worked, as well as finally, egg donation.

In the beginning they had many doubts and in a certain way they felt that, not being Catherine’s eggs, the baby would not be entirely theirs. Thanks to all the information and support they have received at our centre, now they cannot wait to start their treatment. Their fears have gone and now they see everything in a different way. The couple very much values the donor’s altruistic gesture and are ready to face this new adventure. They are also reassured by the power of all the tests and matching that Tambre carries out to favour the resemblance between the recipient mother and the donor.

What advice do they give?

This British couple wants to recommend to all those who want to undergo assisted reproduction treatments to inform themselves very well on the topic on all the available web portals. For instance, it was thanks to the platform IVF Babble that they found Clinica Tambre and thus began their experience around egg donation.

Catherine and Carl only have to wait a bit more to finally have what they have been looking for so long. We will follow their trail and see how their process goes.