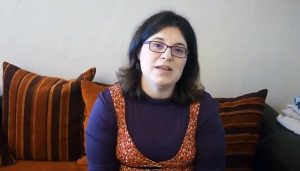 “I don’t regret my choice”

There are no barriers in our clinic and it does not matter where you come from or what treatment you would like to undergo. At Fertility Clinic Tambre we are prepared for you, so that you achieve your goal, so that you feel at home.

This is something that our patient Fabienne knows very well. She wanted to share that with all women who are in a similar situation to encourage them to search for the help they need with their beautiful and important project.

She lives in France and is single. For a while now, she has decided that she wanted to fulfill her greatest dream: to become a mother. With 39 years of age and without a partner, the medical services in her country denied her the right to assisted reproduction, so she had to find a “backup plan”.

Like many foreign doctors, her gynaecologist has been collaborating for a long time with our clinic and recommended to contact us to start an IVF treatment at Tambre. After making a first contact with one of our gynaecologists who spoke her native language, Fabienne felt understood for the first time ever and placed enough trust in us to make a final decision. 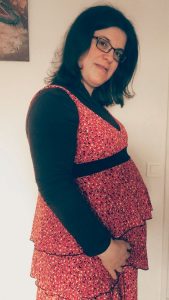 Fabienne confesses that she felt “very welcomed and well advised from the first moment on” both during her treatment, and with the help and indications we provided when facilitating her stay in Madrid. Furthermore, she values ​​the ease of being able to do the vast majority of procedures over the internet or by telephone with someone who shares the same language, and thus be able to save time travel expenses to Madrid in a situation that seems easy, but actually is not.

After the initial phase, in which she had to prepare her body with the help of her French doctor, she travelled to our clinic for the next step: her IVF treatment. A difficult time, in which she admits that “the entire Tambre team made it much more bearable”. We are aware that these treatments can be hard sometimes but, as always, our doctors, nurses and the whole staff, with their dedication and love, are committed to make the treatment as pleasant as possible for their patients.

As Fabienne says “my happiness continues to grow thanks to Clínica Tambre”, because she has fulfilled her dream and is expecting her first child in April. And not only because of that, but also because despite being pregnant and living far away from the clinic, “the team is interested in how the pregnancy is going and continues to follow-up on me until the birth of my baby”.

As it happens to the vast majority of our patients, Fabienne chose us mainly because of the warm patient care, because we are always willing to solve the slightest doubt that may arise, because “we do not treat our patients like a number and we provide a personalised treatment” and because we offer a quality follow-up caring about our patients as much as we can.

“I speak very often about this clinic and I really advise you, if you want to become parents and they do not help you to fulfill your dream in your home country, contact Clínica Tambre. I do not regret my choice.” 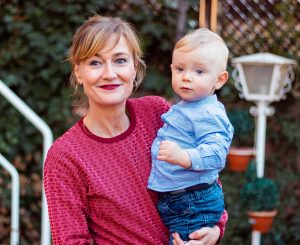 “I’m very happy of having fought and having been so hard-headed. I would have continued trying no matter what”.

The determination of Elisa, Andrés’ single mom, helped her to make her dream come true. After an In-Vitro Fertilisation treatment 13 months ago, they have been sharing their lives and happiness thanks to having trusted Clínica Tambre.

When we ask Elisa to advice future moms to follow her steps and to pull out all the stops in order to become mothers, she prudently advices them to: “be patient and keep on trying”. She explains that it is a path full of uncertainty, doubts and many changes, but replete of excitement and hope.

In her case, she met us through people close to her that had undergone fertility treatments in Clínica Tambre. Also, she confesses that what made the decision of becoming part of our family easier was the atmosphere of trust that she felt in our facilities. But what made her bet on Clínica Tambre was the immediate connection that she felt with doctor Esther Marbán, one of our gynaecologists and a fertility expert, who has been by her side from beginning to end and with who Elisa has a great friendship.

Her story starts some years ago, when she decided that it wasn’t the right time due to many personal reasons and circumstances of her life, but she knew for sure that she will become a mom. That is why she decided to undergo a fertility preservation treatment and freeze her eggs. This allowed her to preserve the quality of her ovules so she could choose to become a mother when and how she wanted.

Positivity, energy and time are the ingredients that made possible that the protagonist of this story can hold her little one in her arms some years later. “You have to be very convinced about what you are doing, because it takes a while and so much emotional stress, but it is totally worth it. tiempo y conlleva un gran desgaste emocional”su vida, pero on quien mantiene una buena amistad.I’m very happy of having fought and having been so hard-headed. I would have continued trying no matter what”.

Between emotional tears and without forgetting the hard part of this process, she also recalls the happiest moment: “It was when they found Andrés’ heartbeat”. One thing that Elisa remembers with affection is that doctor Marbán was as happy as her and they shared the excitement and this gave her strength and made that moment unforgettable.

Andrés and his mom are an example for us and they prove that, despite how impossible they may seem, in Clínica Tambre dreams can become true. The latest technologies on fertility treatments, the multidisciplinary work of our team together with the human quality, the commitment and the empathy for the patients show that as personal as motherhood can successfully become real.