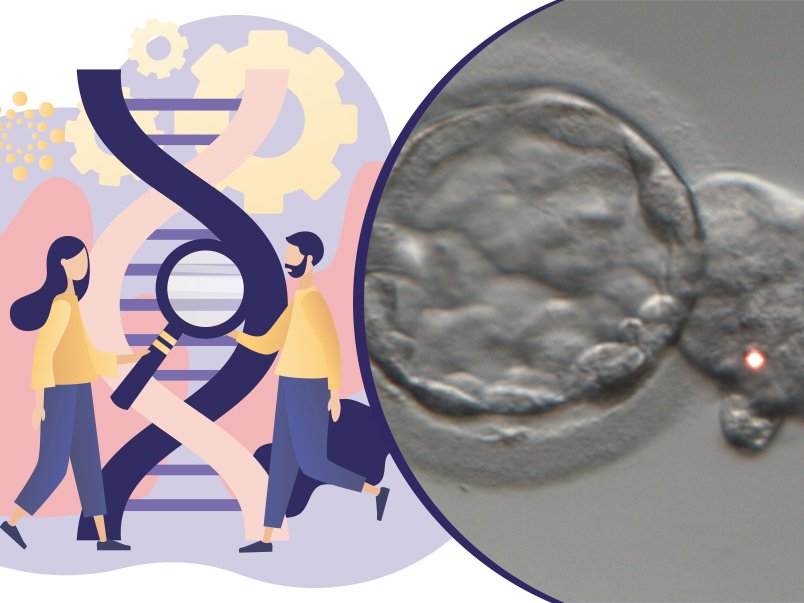 In today’s article we would like to discuss and share a study carried out by the professionals in our clinic (Carolina Andrés, Carolina Cordero, Carmen Rodríguez, Rachele Pandolfi, Maasimiliano Saladino, Álvaro Almoyna, Joyce Harper and Susana Cortés), called ‘Does a biopsy using the flicking method affect aneuploidy or mosaicism?’.

Embryo biopsy, what is necessary to know?

In assisted reproduction treatments it is common to use the technique of Pre-implantational Genetic Diagnosis, which is used to genetically analyse embryos. In this way, biologists can find out which embryos have chromosomal abnormalities compared to those that do not, and are subsequently, viable for transfer.

To perform PGD, the embryo must be biopsied, i.e. a sample of cells from the outer layer of the embryo, called the trophoectoderm, must be taken. This biopsy can be carried out by two methods: pulling or flicking. For both techniques, in order to weaken the existing bonds between the cells and obtain the sample, the use of a laser and a series of mechanical movements are necessary.

For pulling, it is essential to maintain a constant traction force while the biologist fires the laser until the cells are separated. On the other hand, flicking requires mechanical force between the biopsy and the holding tube.

The study in context

It is well known that one of the main problems encountered by our patients is aneuploidy related to advanced maternal age. It is known that the possibility of aneuploidy increases with age, especially after the age of 36, just at the time when the ovarian reserve decreases.

Since aneuploidy has not been found to be associated with embryo morphology, the most common approach in this group of patients is to perform a pre-implantation genetic test for aneuploidy (PGT-A) in order to select chromosomally healthy embryos and reduce the time spent in assisted reproduction treatments. The blastocysts (embryos that have been developing up to day 5) that are subjected to this technique are classified into three groups according to the results: embryos suitable for transfer (euploid), “unfit” embryos (aneuploid) and mosaic embryos.

An embryo is considered to be mosaic when two or more cell populations with different chromosomal content are present simultaneously. Mosaicism has become one of the most controversial issues in the PGT-A world, as assisted reproduction professionals are faced with the dilemma of whether to transfer them.

For this study, 490 blastocysts of good quality according to the Gardner scale (AA, AB, BA, BB) from 125 patients were biopsied. A hole was then drilled with the Octax laser at day +3, and the embryos were cultured in the state-of-the-art GERI Timelapse incubators. If cells protruded at day +5/6, a biopsy was performed. For the pulling technique, the blastocysts were immobilised and the emerging cells were aspirated. The trophectoderm was similarly attempted to be detached with an average of 3-5 pulses, and if the cells did not detach, the so-called flicking method was applied.

Statistical analysis showed no difference between the two techniques (p=0.836) in any of the groups examined. Likewise, no differences were observed between the results of the two biologists performing the biopsies (p=0.795).

Thus, the team of biologists at Tambre concluded that there was no difference in euploidy, aneuploidy or mosaicism between embryos that were biopsied by flicking or pulling. Therefore, flicking can be used for embryo biopsy of hatched or fully hatched blastocysts requiring this technique. 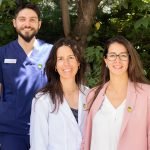