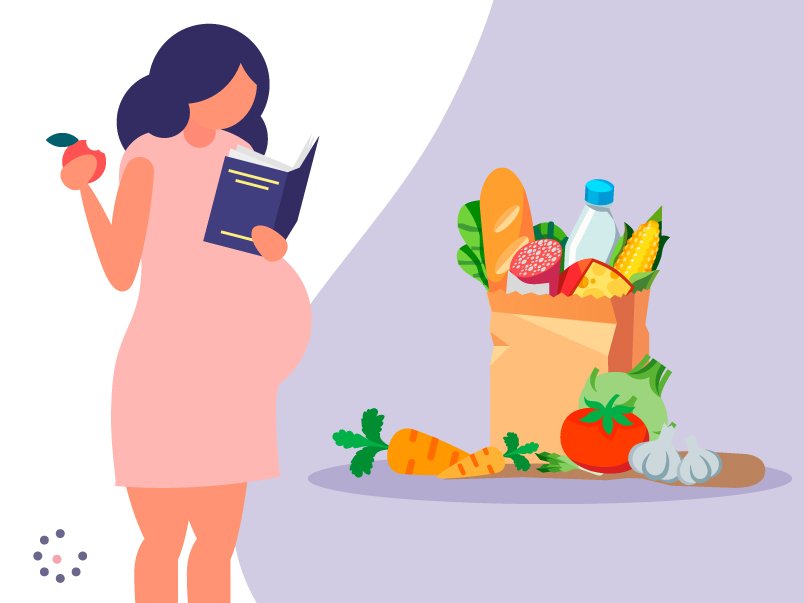 Once the cherished pregnancy has been achieved, our patients at Tambre are determined to look after themselves and the health of their baby. The mother’s diet is an important factor in ensuring that the baby is born healthy. This is why we want to inform you about what foods to avoid or cut down on during your pregnancy so that everything goes smoothly. If you’re wondering what not to eat as a pregnant woman, we have some tips for you!

We spoke to Sue Bedford, our trusted Nutritional Therapist at Tambre, and she has answered all the questions you might have about forbidden foods during pregnancy.

Sue believes that nutrition affects fertility more than we realise and helps many women to create a healthy lifestyle which allows the best environment for their baby to thrive.

Any unpasteurised cows, goats or sheeps milk should be avoided. Mould-ripened cheeses such as Brie, Camembert or goat’s cheese; and blue cheeses such as Danish, Gorgonzola or Roquefort should be cooked until warm to be safe to eat.

Unpasteurised dairy and soft cheeses with a white coating on the outside are moister, which can encourage bacterial growth and lead to listeriosis infection. There is a small chance that listeriosis can cause miscarriage, among other things.

Eggs are best eaten fully cooked or fried, and should be avoided raw, soft-boiled, or poached.

Liver and liver products should also be avoided, i.e. all types of pate, game meats such as goose, partridge or pheasant. Our Tambre specialist Dr. Esther Marbán tells us that the reason for recommending caution with sausages, raw or undercooked meat, fresh vegetables or unpeeled fruit is due to the risk of contracting toxoplasmosis in women who have not been previously immunised.

When a woman has not previously been in contact with this parasite and becomes infected during pregnancy, she can transmit the infection to the foetus (the risk will be greater or lesser depending on the number of weeks of gestation) and produce important visual and neurological sequelae in the baby.

For this reason, we recommend that you try to avoid anything that could facilitate infection:

– Raw vegetables and badly washed or unpeeled fruit: we recommend cooking vegetables wherever possible and washing the rest with plenty of water. Parasites for instance, can be transmitted through things like cat faeces so we have to vigilant.

– Raw meat or sausages: it is recommended to cook these thoroughly and in terms of sausages, freeze for at least 2 days.

– Avoid contact with the area where cats defecate and if it is touched, wash hands thoroughly after handling.

It is recommended to freeze then cook fish to avoid ingestion of anisakis. Pregnant women should also avoid raw seafood completely. It is also advisable to reduce the consumption of fish such as tuna or swordfish because of their high mercury content due to their large size. In fact, bluefin tuna, swordfish, pike, and marlin are fish that are not recommended during pregnancy.

But if you decide to eat them, you should not eat more than two fillets or four cans of medium-sized tuna per week. Similarly, no more than two portions of oily fish per week are recommended, including salmon, trout, mackerel, and herring.

Consumption is usually limited to 1 or 2 coffees a day maximum. This is because women who consume significant amounts of caffeine during pregnancy have been linked to lower birth weight, intrauterine growth restriction and other problems.

Where possible, we usually recommend decaffeinated coffee. With regard to herbal teas, no more than 4 cups of herbal tea should be drunk per day.

Alcohol consumption during pregnancy can be harmful to the baby in the long term. Therefore, if you are pregnant or plan to become pregnant, it is safest not to drink alcohol at all and thus minimise the risks to the baby.

It’s not all about foods!: Dietary supplements

Finally, it should be noted that pregnant women should not take vitamin A supplements, as too much vitamin A is toxic to the developing foetus.